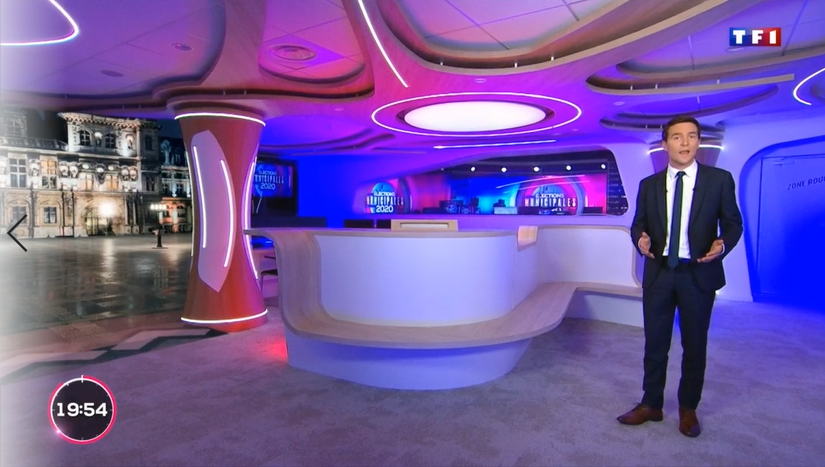 Mixed-reality platform, Pixotope, was asked by French broadcaster TF1 to present innovative and captivating live coverage of the French municipal elections. One of the unique challenges involved with this setup was that the broadcaster was not shooting in a studio with a green screen, but in a modestly sized newsroom.

Watch the full highlight reel below:

TF1 is experienced in incorporating high-quality graphics and mixed reality components into many of their live broadcasts and has previously used Avid’s HDVG system.

“We were keen to move to technology that was based on the Unreal game engine for the quality and performance it offers. We found that Pixotope made the perfect bridge between the needs of live broadcasters, like us, and the abilities of ‘Unreal’. Our aim was to use this new technology within a newsroom setting to achieve a more genuine feel, whilst still using engaging visuals.  As the election is a serious topic, it was imperative that our coverage adhered to a real-world tone. We wanted to avoid using a green screen studio as we felt this would appear to distance the presenter from reality.” 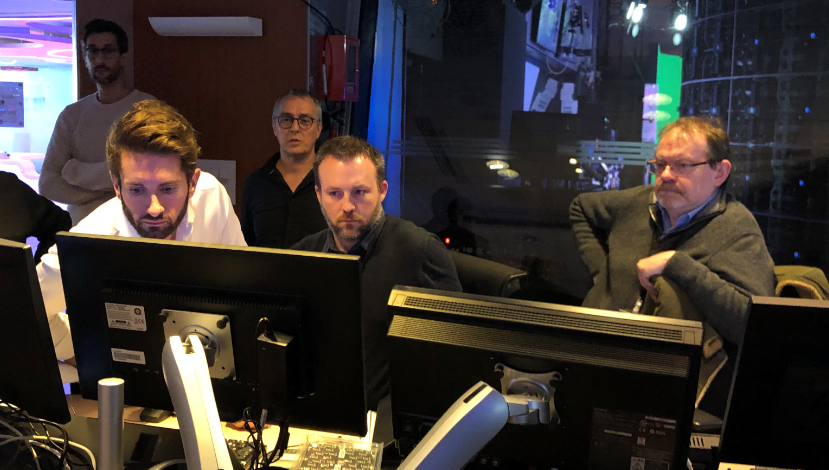 The imaginative design of Pixotope allowed the implementation of augmented digital scenery without the need for a large or green-screen studio. The creative idea was to make the newsroom appear as if situated next to the local town hall, which was created digitally.  To bond the two scenes together, a freely moving, the crane-mounted camera seamlessly drifted between the newsroom and town hall. Since there was no green screen, the join between the two was generated by Pixotope using matching 3D digital objects and highly accurate camera tracking.

“Our main objective was to create informative and photo-real digital segments that would seamlessly flow between a real-life environment and a virtual outside environment and give the viewer a new experience. We had yet to exercise the full power of Pixotope mixed reality platform, which we’d recently acquired from graphics integrator Post Logic, and we felt this live election production would be ideally suited for it.” 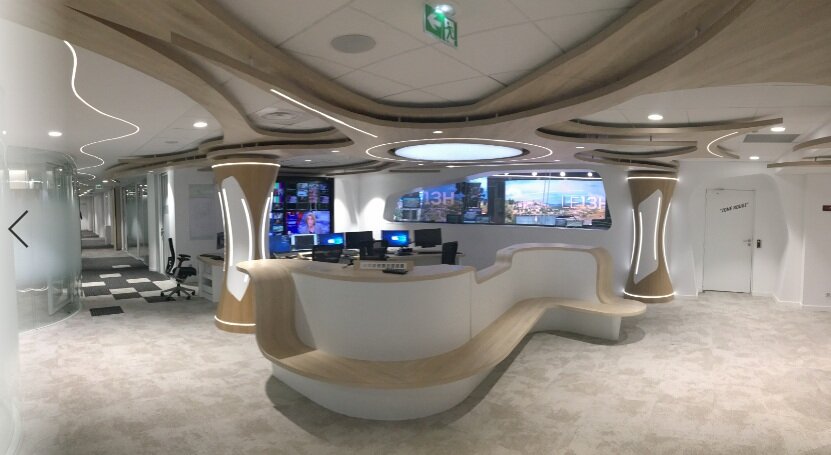 TF1’s designers created an entire town hall scene from photographs, extruded to add depth. Other elements were added to the nighttime scene such as street lamps and the floor of the square. The completed scene was then loaded into Pixotope, ready to be rendered out in real-time from the viewpoint of a virtual camera which accurately tracked the position and angle of the newsroom camera. Augmented reality graphic panels were also added to present election details such as information about the candidates. Reflection maps and post-effects such as bloom on bright lights added realism.

The output of the virtual scene needed to be masked where it fell behind foreground objects in the newsroom.

“A scene inside Pixotope contains objects that make up a three-dimensional digital world. Some of those objects can be set as “hold out masks”, which means they are not imaged by the virtual camera but instead create masks for the rendered output. For TF1, the newsroom pillars, ceiling and floor were accurately measured, modelled and inserted into the Pixotope scene along with the town hall. When rendered from a viewpoint which matched the newsroom camera, the mask objects ensured the Pixotope scene appeared behind real foreground objects, no matter where the camera was.”

Another Pixotope feature used to great effect was the ability to “unlock” the virtual camera from the tracked position of the real camera. This enabled TF1 to create seamless shots that began in the newsroom environment, and continued into and around the virtual town hall scene, before returning to the newsroom in one single, continuous camera move. The effect was as if the camera crane had no physical limits.

Pixotope wasn’t only used to create the virtual reality town hall scene, but also the augmented reality information graphics, such as totems and a 3D map with which the presenter interacted to demonstrate the unfolding election results, again impeccably matched to the freely moving newsroom camera.

“This project is a great example of how Pixotope can transform even modest filming settings into large-scale virtual scenes. Producers do not need to have their creativity limited by physical space.”

“The program was extremely successful, directly watched by 5.3 million people and generated significant social media engagement. We are sincerely grateful to the teams at Pixotope Technologies and Post Logic, who were always with us either directly or remotely (due to Covid-19). Their support helped us achieve our goals and to deliver a dynamic and eye-catching program from a newsroom environment.”

Learn how you can bring your studio environment to life with virtual studio solutions from Pixotope.