What is XR and how can it be used?

“XR” is most often used as an umbrella term for all the various technologies (MR, AR, VR, etc.) that come together to form a virtual production. However, when we say “XR” we mean something very specific. As we define it, XR is the use of large LED Volumes to create virtual environments that talent can interact with. And because XR software is evolving at a breakneck pace, the results can be breathtakingly impressive and beautifully natural (so natural that you might not even realize when the technology is being employed).

How is XR Being Used?

As you may well gather, extended reality blows the doors wide open for creativity when it comes to virtual production. But to help visualize what that looks like, there’s nothing better than real-world examples of how XR solutions can be applied:

Thanks to the immersive possibilities of LED Volumes combined with camera position and movement, creative possibilities are now truly endless. One of the best-known examples of this use case is the production of The Mandalorian by Industrial Light & Magic (ILM), where XR has empowered both production teams and talent to achieve previously unthinkable feats like switching between an island and a mountain location within the same day or being able to shoot 10-hour dawn without interruptions.

By creating the virtual environment with XR software and LED Volumes, both actors and production crew get to see the final look without needing to wait for post (production) and can easily adjust and make creative refinements during the shoot (also known as real-time previs) - what you see is really what you get. 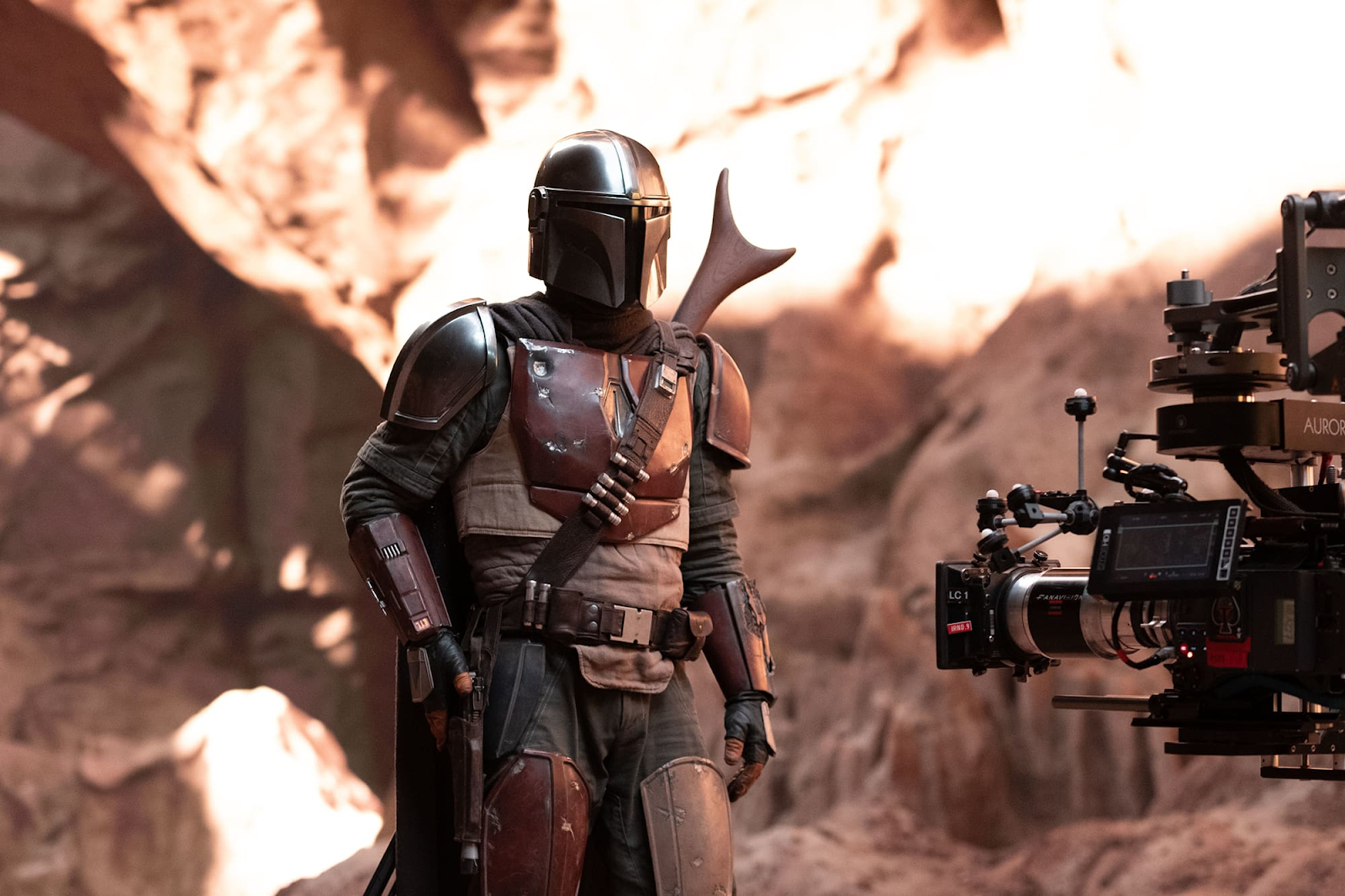 Use Case #2: Expand Sets and Stages Way Beyond Their Physical Limits

Traditionally, most types of visual storytelling, whether TV, film, theater or live broadcast, have been limited by the physical constraints of a stage or studio. Not anymore: XR allows for a much more engaging experience by “expanding” the physical limits of any set or stage.

A good example is a visually stunning experience that CCTV, China’s national broadcaster, delivered to viewers during their Consumer’s Rights Day show. They installed a giant LED wall that dazzled at-home audiences with incredible graphics powered by the Pixotope engine. Presenters were surrounded by virtual imagery, animations, and scenes that expanded the show’s creative options to provide an immersive news experience that reached nearly every household in China. 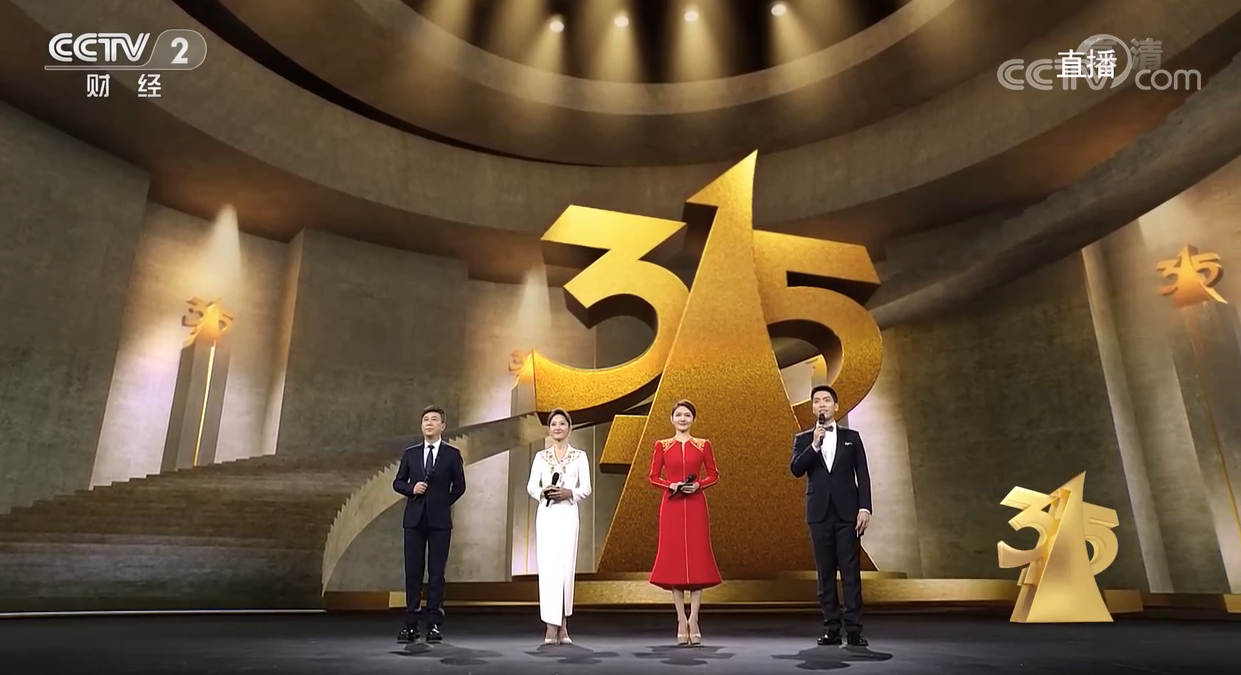 In some cases, it makes sense to retain a sense of reality by using actual imagery enhanced with virtual visual content. Factual storytelling such as news and current affairs are good examples. 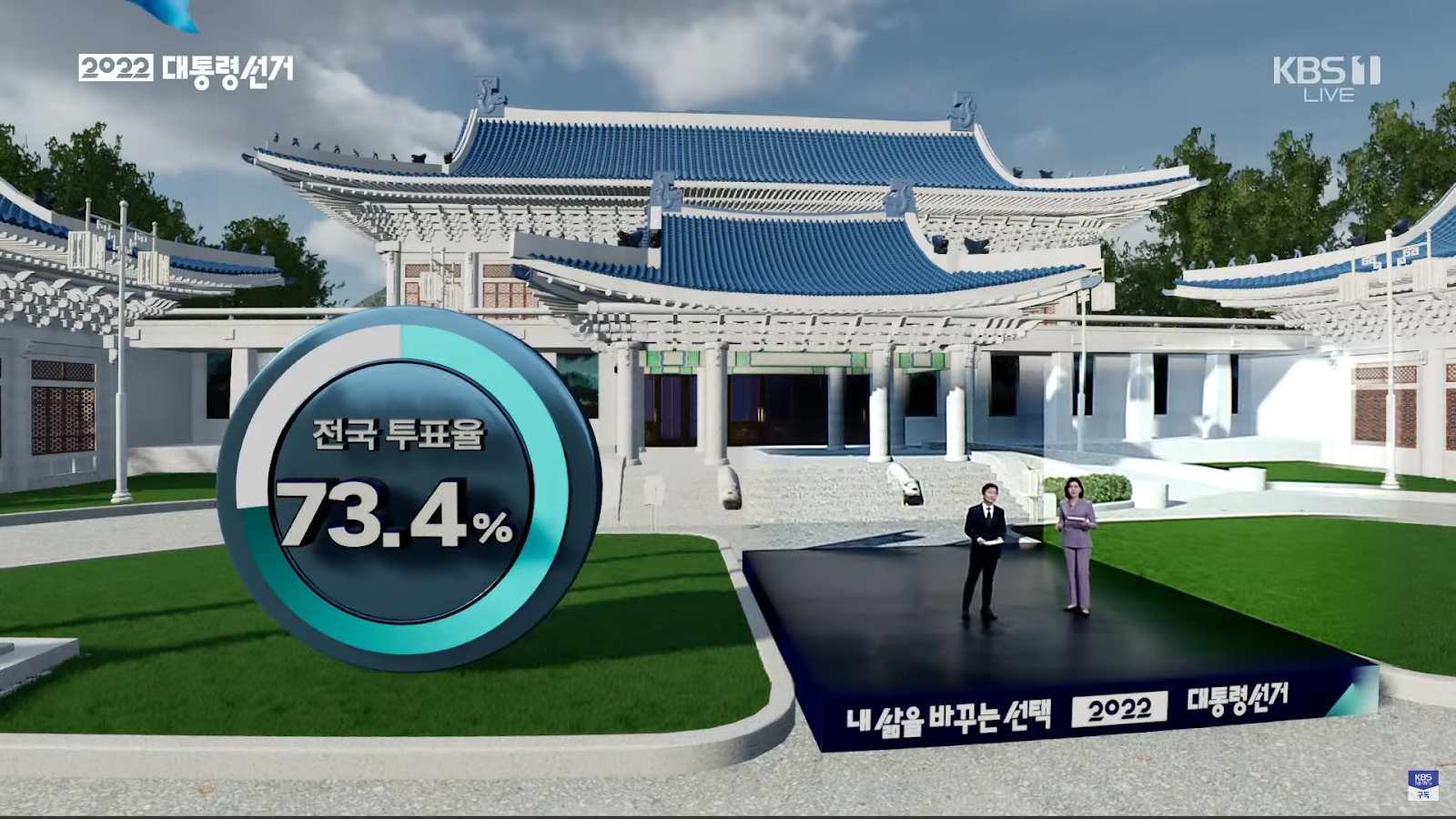 This is what South Korean broadcast KBS when covering the 2022 Presidential Election by deploying a large, curved LED volume and three Pixotope XR software engines. Having previously used Pixotope’s extended reality technology, KBS saw the potential to expand their physical set with a reproduction of the presidential residence, the Blue House, complemented with high quality graphics. An additional outdoor set was enhanced with XR-generated stars and streetlights, creating highly engaging, yet realistic scenes. 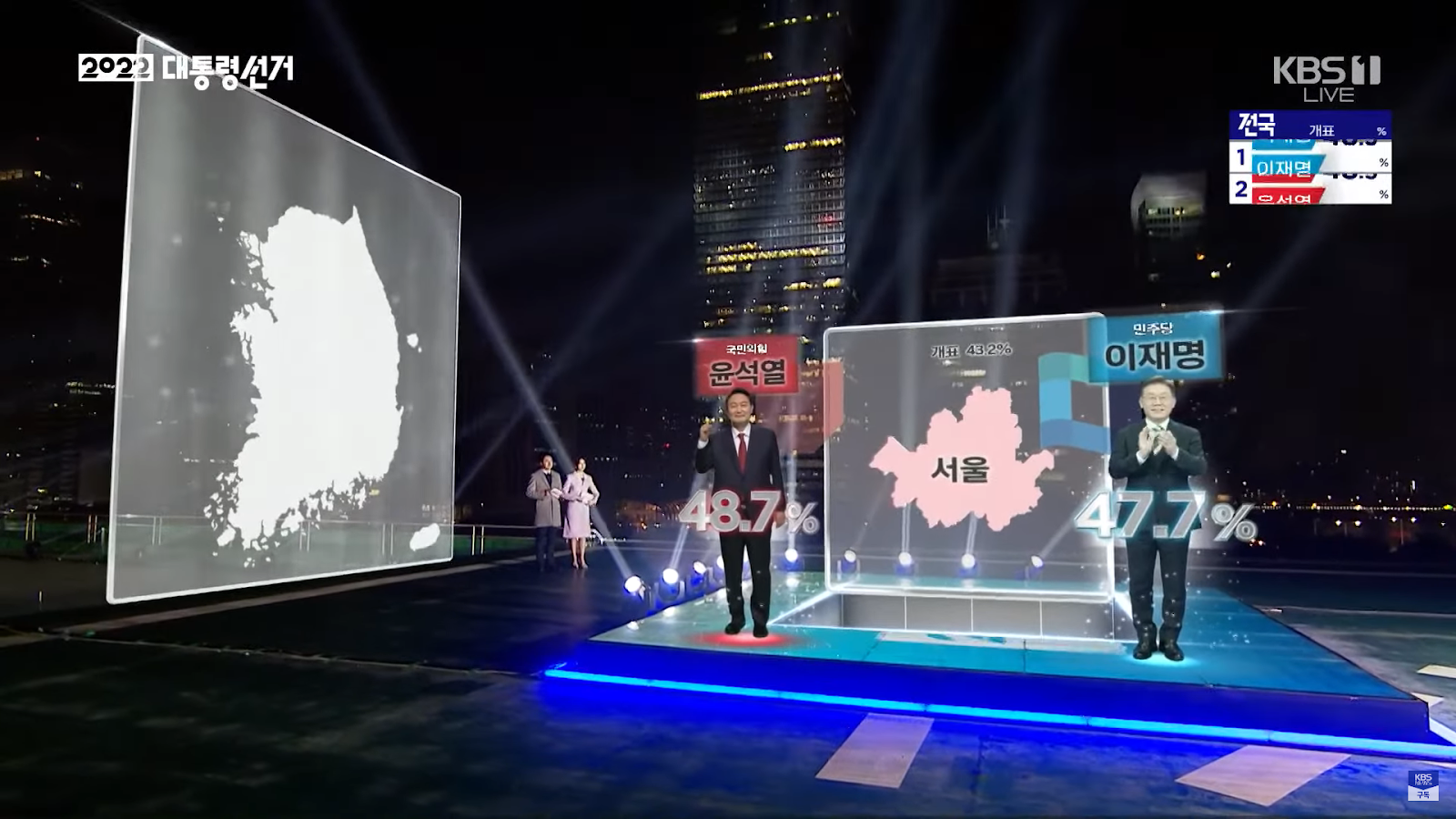 With this stunning extended reality application, KBS proved that they are ahead of the pack in terms of innovation. Underscoring their success, their broadcast was the most watched on election night.

You may be thinking that all this sounds impressive, but how viable is it to deploy XR software, and will it just increase your costs? In reality (pun intended!) XR can bring you much more value than just visual “wow”.

Save Time, Save Money

For starters, consider how both production times and costs are substantially reduced when you no longer need to move the entire production crew and talent across several location shoots. Plus you can switch locations or environments on the fly.

Going back to The Mandalorian, ILM found that script pages shot in LED Volumes were produced 30% to 50% faster than those shot in traditional sets. In this case, going all-in on virtual production meant that the time between seasons of the show could be cut by two to three months. Rob Bredow, SVP & Chief Creative Officer at ILM, said “You can use more days or get more high-quality creative, or you can do things that are more spectacular than you could ever do if you had to build it all for real. Or you can do it for less days, and just go faster with it.” Without the need to move hundreds of people and truckloads of equipment to dozens of locations, carbon footprint per production is dramatically reduced. You can wave goodbye to throwaway sets and the need for huge amounts of storage: your extraterrestrial environment, that impactful esports stage, and your next music video set are all zeros and ones when you create them in XR.

As we have seen from our customer examples, XR allows production teams to collaborate on creating the best environments in real time. Talent is immersed on location with the right lighting and backgrounds. And because the engine compositing the virtual environment receives data on the position of the camera, you get true depth and perspective that update in real-time as the camera moves. These are just some of the reasons why XR software is a valuable tool in the virtual production kit, and no doubt the benefits will continue to increase as technology marches on in its unstoppable evolution.

Where Do You Start with XR?

Pixotope offers an end-to-end virtual production solution that makes it simple to implement extended reality. It is an open software-based toolset that allows users to rapidly create virtual studios and drive XR and LED Volumes, including live graphics.  Pixotope utilizes powerful commodity hardware and is specifically designed to connect with partner technologies and external data sources, lowering the barrier to entry.

At Pixotope we are hyper-focused on simplifying workflows for virtual production. Based on the Unreal Engine, it is a proprietary off-axis rendering and mapping solution which includes a WYSIWYG (What You See Is What You Get) Editor. Intuitive and easy to use, it removes the guesswork involved in traditional green screen production, as creative teams can view the final content through the camera.

Ready to find out more? Contact us at Pixotope today to learn how we’re democratizing XR for productions of all sizes.

Why use Pixotope XR?

The Thrill of The Unexpected at IBC 2022

In the UK, the sad news of the passing of Queen Elizabeth II has only been challenged by coverage of “The Queue”. Similarly, ...
Start Reading
Dot 05 September 2022 2 min read

What is Extended Reality?